In today’s post we would like to share with your about our experience from participating at the Berlingske Business Boost Challenge 2017. The challenge aims at finding the 10 best start-up ideas in Denmark for 2017, as well as helping them with the professional advice and support. The selection the 10 winners was done by a panel of experienced investors and driven entrepreneurs.

We found out about the competition just one week before the deadline for signing up. You can imagine how hectic things got! We had to act quickly, so, in no time, we outlined the idea – we needed a video showing the product and its features, as well as the result of using it. The video had to be no longer than 1 minute. After we cleared out the practicalities we started working hard to make it on time. The audio of the video had to be in Danish, which is a challenge in itself when our team consists solely of internationals, and when the Danish language is so hard to pronounce. Nevertheless, we made it on time and not only that. We made it in the top 30 out of 300 Danish start-up companies! We consider it as quite the accomplishment, as the winners are actually 10 and those that go to second last round 15.

We got the good news less than a week prior to the next round. We had to prepare 1-minute elevator pitch without using a presentation deck. In fact, we were supposed to do it in an actual elevator! We did not get any information on what to include in the pitch, but we were told that Berlingske were going to film our pitch. Yes, things got really exciting in Optimov’s office at those news. Being quite satisfied with the pitch from our video, we decided to basically do the same one, by making sure it will fit in 1 minute and taking our sensor and the AR glasses in the elevator. At the day of the elevator pitch, we had still no idea how the day was going to look like. The only thing we knew was that we were allowed to have 1 of us in that elevator. So, we decided to send our Social Media Marketing Strategist – Hristina, as she was the one who did the audio.

At the pitching day all participants were summoned in Berlingske Business’s office in the center of Copenhagen at 10 in the morning. After Berlingske took everyone’s photo, we were all gathered in a room at the top floor of Berlingske Business’ office. We were told that we would pitch in front of Morten Strunge, a renowned Danish entrepreneur, in a small elevator, while Berlingske would film us. However, we were neither supposed to know at what time each of us should go in the elevator, nor were we allowed to bring our products in there. Almost everyone was dissapointed at those news. There were people from all over Denmark and from all ages, Hristina was the only non-Dane. She did not let that bother her and quickly got to talk to some of the others, and even tried pitching in front of 2. Everyone was nervous and was looking forward to get it over with.

In the middle of practicing her pitch, Hristina heard her name and her heart started pounding. The time had come and it had to be done. Luckily, we were among the first 5 to be called in. After 5 minutes she was on the other side of the doors. A microphone was attached to her cloths, while she was given quick and short instructions, which she still remembers: “You go in the elevator, it will not be moving, the doors will be open, so we can film you. You should not look in the camera, the camera will be behind a black curtain. You start whenever you are ready. You have only 1 minute and only 1 take. Go!”.

“There was no time to think, it all happened so quick. I went in, I greeted the guy and presented myself. I was impressed by his height. I felt like a midget next him and my neck felt quite uncomfortable in that position – I had to look at his eyes, after all” , (look at the photo above), Hristina remembers with a smile on her face. “I made a small mistake, but I did not let it distract me, I kept going and with a blink of an eye, it was all over. It was a great relief. I  had to leave Berlingske right after I was done and had to come back in the afternoon to get the result and some feedback”.

Unfortunately, we did not make it to the next round, which was taking place the day after, and was a 15 minute long presentation & questions in front of 4 great Danish entrepreneurs. Nevertheless, we got good media exposure and even greater experience, making us stronger as a team and ready to face new coming challenges and overcoming future milestones. We believe we will make it sooner or later, and our platform scaling is a proof for that. So, if you want to collaborate with us, do not hesitate to contact us! 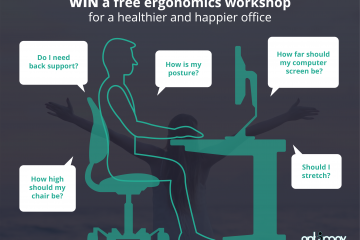 Two months ago Optimov had a giveaway ‘competition’ on Facebook. The prize was an Ergonomics workshop for office workers, carried out by our talented founder and physiotherapist – José Cerdan. We had people participating from Read more… 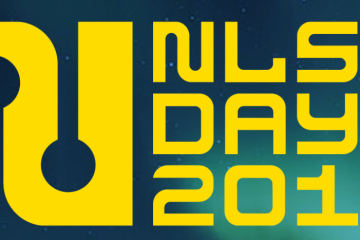 Last week we attended the Nordic Life Science Days in Malmø, a partnering conference for the global life science industry. Physio R&D (Optimov) was among the 16 chosen startup companies to participate at a StartUp Read more…