Breaking news: ‘All the myths about coding and developers are true, so there are basically no myths’ :D. Yes, spending the majority of their time in front of the screen, drinking excessive amount of coffee, working and living in different places, gaming, and what else you might think of will be confirmed in our talk with Ivan, Optimov’s lead iOS developer. He comes from Russia, has lived in Finland, Japan and now Denmark and is only 22 years of age! 😲

Talking about myths, Ivan wanted to take the opportunity to put stress on a common problem being that people, who don’t code cannot really comprehend how much time it takes. “It is not just the time you spend coding, but you often encounter bugs and problems that might take a lot of time to fix. Some bosses might expect a finished project in one month. At least our boss is not like that, and thank god for that! He is always understanding’.

Ivan decided to become an iOS developer ever since he fell in love with his first MacBook. ‘I was studying development for a long time and had crappy PCs, but when I got a MacBook air, I fell in love with the system. It had that “wow” effect, everything just worked and was nice and simple. And I got really interested in it. When I got an iPhone that just absolutely sealed the deal’. You can clearly hear how passionate Ivan is about iOS programming and in his opinion programming for android ‘sucks’ compared to programming for iOS. Now, not to offend anyone on the Android side, Ivan emphasises that this was just his opinion: ‘Android uses Java, and with Java you are either kind of OK with the language or hate it. I’m part of the second half – I hate it in my guts. But nobody defends it with their heart so to speak’. We’d really like to hear your opinion on that, especially if you are part of the Android side. 😀

Wanderlust and Time Off Screen

Having lived in so many countries at such young age gives us a hint that Ivan is not planning to settle soon. ‘Honestly, I cannot say for sure if I will ever settle in one place. When I wake up in the morning, I don’t know what will happen’. The next destinations on his list are Tokyo, San Francisco or London. ‘Again, it is not a sure thing, but I would like to explore the world a little more, not just for 2 weeks, but I want to experience how it is to live there, not be delusional about it’. How great is that? Makes me wanna be a couple of years younger and explore the world, or simply have the guts to do it now! Long live globalization! 🌏

Being the devoted developer he is, it doesn’t come as a surprise that the longest time Ivan has spent away from a computer lately is not more than one day 💻. ‘I know it’s incredibly unhealthy, but that’s just part of my lifestyle… when working as a developer, it’s hard to avoid spending time in front of the screen. My hobby is also related to spending time in front of the computer – I like playing video games, so that makes it even harder to stay away for long’. However, Ivan finds a resolution in his new hobbies, like learning how to play the guitar or practicing Kendo – Japanese sword fighting – ‘it is a major stress relief – you just hit people with bamboo stick and just yell at each other’, explains Ivan. We, at the office, are just happy there aren’t any sticks around! On a more serious note, being and staying healthy is quite important for everyone at Optimov, so we hope he finds the right balance at the end.

Stay tuned to follow Ivan’s future endeavors and feel free to connect with him on SoMe:
https://www.facebook.com/Ivan.Rzhanoi

Categories: This Is Us

It’s a common opinion that the concept of Optimov is very special and unusual. We are often asked how the idea was born. The only person that can tell the full story is our founder, Read more… 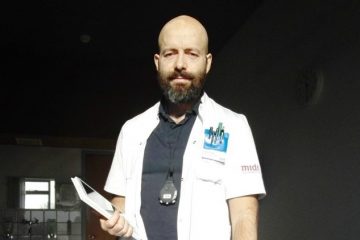 In today’s post, we have the pleasure to introduce you to Physio R&D/Optimov’s founder and CEO – José Cerdan. This post is part 1 out of 3. More specifically, we are going to talk about Read more… 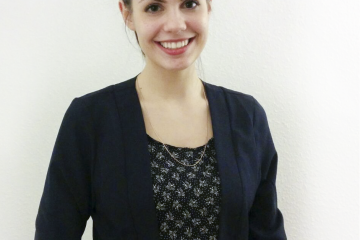