A couple of weeks ago (29th of November), we had the pleasure to meet 10 of Optimov’s users in Århus University Hospital. These users are the COPD and IPF patients from the clinical trials that José (our CEO) is following in Århus hospital. The purpose of the meeting was to hear about their experience with telerehabilitation and Optimov’s platform, as well as to get to know the patients better. We, at Optimov, believe in developing our services with the help of our users. Therefore, getting their valuable feedback is crucial for us to improve the platform. Last, but not least, we wanted to show the future version of Optimov, which will include AR glasses (see photo below).

Optimov’s users testing the AR glasses for a forthcoming version of the platform.

The meeting was divided into 5 themes of questions and lasted nearly 3 hours. The average age of the participants was 65, with the youngest one being 47 and the oldest one 78. Three of them are diagnosed with IPF (Idiopathic Pulmonary Fibrosis) and the remaining 7 suffer from COPD (Chronic Obstructive Pulmonary Disease). Both diseases are incurable and the lung state is fluctuating. However, with the help of physiotherapy the patients can significantly improve the quality of their life. In the following post, we are going to share with you the insights of the meeting following the questions and answers of the participants.

Theme I – Layout, Hardware and User-friendliness

When it comes to logging in to the platform, the majority of the users have no problem to log in and find it really easy to use and navigate in. A few of them have problems with remembering their password or experience a fault with the tablet if they do not logout and close it as they should. More flexibility related to postponing the workout were expressed by several participants. This was due to the fact that sometimes they are not home at the scheduled time. Nonetheless, they would still like to perform their exercise for the day. Some of them also wished for a ‘go back’ button, which would make it easier to edit their answers to the questionnaires, for example. Only one of the users found the platform unstable, but we relate it to the fact that he has been using it for a short time and hope his experience will improve in the future.

The majority of the patients consider the platform and the virtual coach inspiring and enjoy training with it. A better looking and more energetic female coach was, however, requested by 2 of the men. We were also very pleased to hear that 2 of them used the platform and trained during their trips abroad. One of the patients chose not to take the tablet on his vacation, as he was traveling from town to town and he had no connection. Nevertheless, the latter obstacle can be fixed with a 3G tablet and mobile subscription.

The biggest challenge the users encountered was related to the Cortrium sensor. They find it either hard to attach, it falls off or the connection gets lost if the distance is bigger. We are actually aware of these issues and are trying to find another sensor, which is easier to attach, but also measures pulse oximetry. Being able to measure the patients’ pulse is not only important for their safety, but is part of the gamification and points feature of Optimov. The better the patient performs the exercises, the more points they get. The participants of the meeting consider this feature as motivating them to exercise and were disappointed when they could not reach high enough pulse rate to get points.

When asked whether the information in the app is appropriate and suitable, most of the participants simply nodded, while the rest did not indicate an answer. We interpret this as a positive confirmation. Most of them also found the answers of the questions they had. Several of the patients experience slight difficulties to understand José when talking over the phone, while the video consultation went better. The former is partly because of bad connection, partly due to his non-native Danish pronunciation and quiet speech. Some of them concluded that it would be more optimal to talk to a native Dane, others were satisfied and appreciated José’s efforts.

The patient, who has been using the platform the longest believes that the e-learning videos get boring, because they are the same. This was duly noted and José will make sure to include more videos. Another user found the content of the e-learning negative. He needs motivation and would rather know how he can move forward. He suggested that we should add videos of people who has been through a similar telerehabilitation program and can motivate him to continue. This also aligns with our intent of building a community for people in similar condition, where they can share experience and support each other. A third user, who has seen 1 video so far, was indifferent to the content of it.

When it comes to their experience with the 3D training program, the majority define it as great, or even fantastic. The only problem they encounter sometimes was the intensity of the exercises, and especially the ones that involve jumping or standing up. This was an important remark and will be considered when preparing their next exercise set. Usually, it is during the video consultations, when the patients share their experience and express concerns. Subsequently, José can adjust and improve the respective telerehabilitation sets and follow closely the progress of his patients.

With the feedback we got, we can conclude that the idea of the e-learning packages is good, but needs improvement and more motivation content rather than educational. This also corresponds to the fluctuating health condition of COPD and IPF patients. They need more motivation to perform their training than regular rehab patients and we will make sure they get it.

Finding out about how the elderly’s experience telerehabilitation was a very important part of the meeting. So we were thrilled to hear that the majority loves the freedom Optimov provides and prefers to train with the tablet than going to the hospital. Most of them were pleased that they can train at home. There were, however, a few who would like to have the option to train with others in the same situation, but would still like to keep the tablet. They consider being able to train anytime and anywhere a great advantage. This gives us the idea to make it possible to connect to others while training at home with Optimov. This would make the whole experience more social, but also more motivating to perform by adding a competition element in it.

The focus group meeting was also a great opportunity to get the participants’ opinion on the forthcoming version of Optimov including AR glasses and let them test it. Their first reaction after seeing the glasses was a bit skeptic. There was one user really eager to try them on and thought they were very exciting. He put them on and did a few exercises (see photo below).

Exercising with the AR glasses – testing a future version of Optimov.

He was afraid to move freely though, as he thought that the glasses would fall down and break. This seemed to be the common opinion after everyone tried them on.

The majority thought it was a good idea, but did not dare to exercise while wearing the glasses. In fact, they would prefer to keep using the tablet, as they got used to it and found it convenient. There was only one participant, who completely refused to try the glasses on. He meant that the tablet was all he needed and did not see the necessity for the AR glasses. We tried to explain the extra freedom one would get with the glasses and demonstrated jumping exercises to show the stability of the glasses. The conclusion was that the concept was good, but the glasses need to be more stable and sturdy.

In the last part of our focus group meeting, we showed one more forthcoming feature of the Optimov platform – a motivational report. We had three report suggestions and wanted to hear which one would the users prefer to have. The most important report for the users seemed to the After Rehab report (see photo below).

Example of an ‘After rehab report’.

The majority would like to know the result they achieved after the telerehabilitation process and how much they have improved their health. The second most important feedback they would appreciate is the After Training report (see photo below).

Example of an ‘After training report’.

The latter would represent a summary of their last training and a comparison to their last previous training. According to our patients, this would motivate them to do their exercises and be engaged in their entire telerehabilitation program. The last report we are considering to develop is an After E-learning report (see photo below).

Example of an ‘After E-learning report’.

This would show how well they comprehended the material and how well they answered to the questionnaire following the video. However, the participants did not consider this kind of report necessary, as the videos are easy to understand.

Meeting Optimov’s users face to face was a very special experience for us from Optimov. It made the problems of COPD and IPF patients a little bit more real, as well as working hard to make it happen even more meaningful for us. There are millions of people with the same diagnose and similar struggles all over the world. So far, telerehabilitation with Optimov proves to have a significant improvement on the quality of their life. The majority of the people we met would like to continue using the platform on their private computers or tablets. We are confident that we can make it even better for them and all the future users we will have and help.

All the feedback we got is taken into consideration and will be implemented to improve the user experience and bring more benefits for the patients. We are going to implement motivational reports to encourage the users to complete their programs. Furthermore, we are going to build a private online community for them, where they can meet and communicate with people in similar conditions. Having a chronic disease is tough, but knowing you are not alone could make it a bit more manageable. The IPF patients we met had never faced anyone with the same condition, so they were happy to be able to exchange experience.

At the end of our gathering, we asked the participants whether they would like to be filmed for a short movie, where they can share their story and experience with telerehabilitation. One of them showed interest, but we hope more of them would like to open up. We would like to share the stories of those people on our Social Media channels and raise awareness about COPD and IPF. This would hopefully help many others with coping with their disease, but also making people aware of risk factors causing the illness.

If you want to read more about people’s experience with Optimov, read about Sonja, a young woman diagnosed with Multiple Sclerosis. 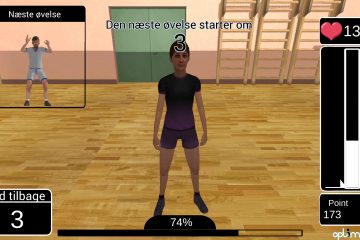 We are all different from each other, everyone has different needs and experiences things in a different way and we love to hear how our users experience telerehabilitation with Optimov. We believe that inspiration comes Read more… 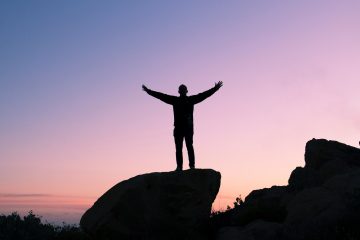 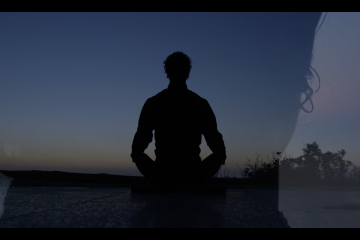 Back to Competing with Optimov

The Story of Mike A good balance between exercise, yoga, meditation and a nutrient-rich diet is part of the path to a healthy body and a healthy mind. Nevertheless, injuries are inevitable. So, what is Read more…